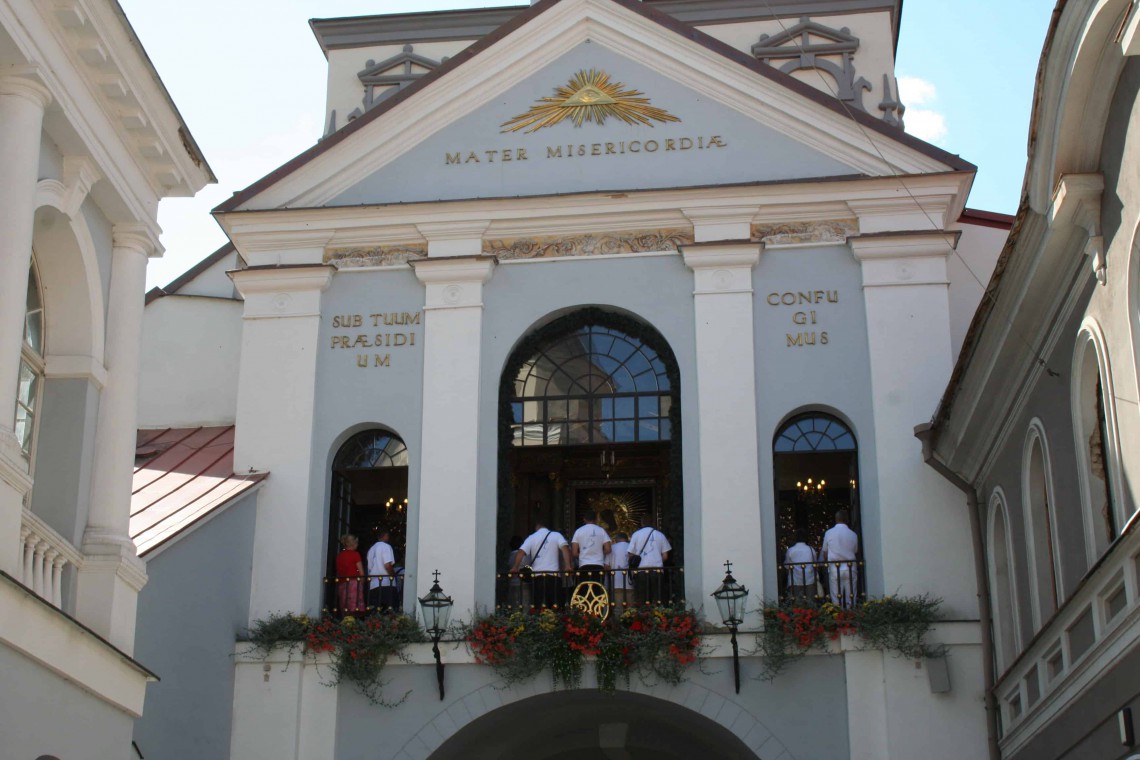 The Gates of Dawn is one of the most visited shrines in Vilnius that is famous not only in Lithuania but also abroad, worshipped by the representatives of other creeds too. This is the only surviving gate of the first original five gates in the city wall that was built between 1503 and 1522.

The gates were first mentioned in 1514. At first the Gates of Dawn were called the Medininkai Gate, as it is on the road to Medininkai, in Polish Ostra Brama, the “Sharp Gate” because they were in the southern end of the city, which was called the Sharp.

Later, due to the cult of the Virgin Mary they could be related to the sunrise, dawn.

The painting of the Blessed Virgin Mary, Mother of Mercy, in the Chapel of the Gates of Dawn is known all over the world. Many churches in other countries have copies of this painting. The picture, which is also called “Vilnius Madonna”, was painted in 17th century. It is painted in the Renaissance style, in tempera on oak boards, later repainted in oil. Since the middle of the 17th century it has been said to have miracle-working powers. The Holy Mother of God of the Gates of Dawn has been granted the title of Mother of Mercy twice.

GEDIMINAS’ TOWER OF THE UPPER CASTLE